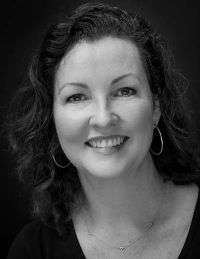 “Between the writing and the photography and the art direction,” Sharon O’Mahony will tell you, “it made sense to be staging homes.”

Sharon decorated sets and held other film-related jobs in Los Angeles before she sold her first home, and the work prepared her well for the real estate industry.

“I see every real estate transaction as my sort of mini-production,” she says. “I’m coordinating the stager and the painter and doing some art direction of my own. And there’s also artist relations, if you will, with the buyers and sellers. It’s easy for me to juggle those kinds of people and anticipate their needs.”

Sharon has followed in the footsteps of both her parents, a Realtor and a screenwriter. She has worked in Seattle’s real estate industry for 14 years, now, and she promotes the arts whenever she can. She buys extra tickets for school events so underprivileged students can participate in the arts, and she also donates concert tickets to foster kids.

“It’s really exciting for me to be able to share that with kids who would never be able to afford to go,” she says. “And who knows? Maybe they’re really into music, and that might be something they’ll pursue because they’ve been inspired by being exposed to the arts.”

In addition to the arts, Sharon has an extensive donation list. It includes causes such as MS, leukemia, research into various cancers, and Seattle Children’s Home. But although extensive, she will say that her donations have lacked direction. But now, as an Agent of Change, Sharon has finally found her focus.

“I liked the idea that Johnine really wants to make a big impact, as opposed to just giving money. A lot of times, being a volunteer, it’s just for one day. You’re making sandwiches, or you’re doing something one time. But Agents of Change isn’t just about donating money, it’s also about brainstorming ideas.

“There are resources that real estate people have—like furniture, and washers and dryers, and all this stuff that people are constantly purging in the transition of moving homes—that makes this the perfect alignment, because people at Mary’s Place are transitioning into housing from homelessness, and they have nothing. This just made sense to me.”

“In my life, I’ve encountered so many people on the edge, and I’ve realized just how quickly you can flip—because we don’t have a safety net here in this country. You can have a lot of resources and be very connected and know all these people, but at a certain point, those connections don’t work for you. There are a lot of factors that can put someone out in the street, and it’s very easy to have that happen.

“My family’s from Ireland, and in Ireland, if you have an illness or something, you’re not going to lose your home. You’re not going to become homeless because you’re in debt from all these bills, because the medical system is a safety net, and there’s a social safety net, which we don’t really have in this country.

“Because we don’t have that, I feel like I need to be contributing in some way, since I’ve been so fortunate and so lucky. I’ve been able to create a nice home for my family, and everyone else should have that opportunity.”

“Being at Mary’s Place, you realize that those people are just like you. A lot of those women we were sitting with, you would not think they were homeless on the street. The system is sort of working against them at the moment, because the social safety that we have here is very thin.”

“Home gives you stability and a sense of community. I think having a stable place is key to thriving, especially in Seattle, with the weather here. Having a dry, warm place to lay your head and actually rest is a basic human need.”

“I’m Impressed with the way Mary’s Place addresses the whole person. It’s not just giving people a shelter, it’s also giving them emotional support. Mary’s Place really tries to get to the core of what their problems are—the issues are that are keeping people form moving forward with their lives.

“Mary’s Place isn’t just a band-aid. They’re really able to support people from beginning to end. Mary’s Place really tries to get to the core of what people’s problems are—the issues are that are keeping them from moving forward with their lives. They get them resources and help them move into their own housing. It’s not just a shelter—it’s more of a pathway. They’re showing people a path for how to get back on their feet.”